How Deforestation is Killing the Planet

With Earth Day right around the corner, it only seems fitting to talk about the greatest threat to trees: deforestation.

Each year when Earth Day rolls around, there is a flood of awareness articles–just like this one–that aim to help educate the world on the critical impacts of deforestation. Then, May dutifully comes along and we happily push our world’s forests to the back of our minds so that we can focus on the next feel-good-movement.

Well, this is not a movement that is attributable only to the activists, scientist, or other –ists, because it definitively impacts and is caused by all of us, together. Deforestation should always be on your radar. Let’s break it down to learn about the causes of this global problem and what you can do to help.

Deforestation, by definition, is exactly as it sounds: ridding the Earth of its forests. This is usually done on a massive scale, and usually for monetary purposes. Forests cover about 30% of land’s surface and store up to 45% of Earth’s carbon (more on that later). However, the rate at which they are being destroyed is astonishing, even for those least moved by the numbers.

Almost 60 thousand square miles, or 18 million acres are removed each year. Roughly the equivalent of about 48 football fields per minute.

Deforestation happens all over the world, though tropical forests are taking the biggest hit lately. Don’t let that fool you into thinking that you haven’t had any part in it, though. 90% of continental US indigenous forests have been removed since 1600.

Now, most of the deforestation occurs Brazil, Indonesia, Thailand, parts of Africa and parts of Eastern Europe. The rate at which we are populating our planet, and increasing the need for more space to live, grow food and harvest natural resources is surpassing Earth’s ability to sustain it.

Deforestation is hardly unrelated to the recent spike in human population over the last century. In fact, the root of each cause comes down to human need and activity.

Space to Build – Much of the indigenous forests in the US were destroyed simply to accommodate an expanding population. Tract homes replaced centuries-old groves.

Logging – Though many forests are protected by law, logging is still a major threat to them. The more difficult it is to access certain wood, the higher the price tag moves on the market. For this reason, many tropical kinds of wood are harvested today to supply building demands and high-end specialty markets.

Harvest Ingredients – The biggest sought after ingredient that is responsible for destroying rainforests in tropical climates is palm oil. Palm oil is used in many beauty products and cleaners in place of more harmful ingredients that were used in the past. Though it is certainly a healthier option for the individual, it is responsible for destroying rainforests at an alarming rate.

Livestock Ranching – With over 7 billion mouths to feed on this planet there is a serious demand for food to feed them. Ranchers, though, have been running out of space to mass produce meat in order to meet these demands. The quickest and easiest solution for many of them has been to wipe out nearby forests. This allows their livestock to roam and feed off the Earth until they are ready to butcher.

Agricultural Expansion – In the same manner as livestock ranching, agricultural expansion has taken place in order to meet the needs of the increasing demands. Crops of all sorts have filled the land where forests once stood, only to leach nutrients from the soil until it is rendered useless for both crops and forests.

Deforestation and the Climate

That is hardly an exaggeration, too. The effects of deforestation are taking away the Earth’s regulatory system, cutting off the circulation and life force to our planet’s air and water system.

Deforestation has a major negative impact on the global carbon cycle. Molecules that absorb thermal infrared radiation are called greenhouse gasses. When there is an abundance of these gasses in our atmosphere, they directly effect the earth’s climate. Relatively small changes in atmospheric composition can drastically manipulate global temperatures. These changes impact our ecosystem much in the way the bad air quality makes it hard to breathe.

As you may have guessed, deforestation removes this holding space for carbon. Not only does deforestation remove the Earth’s atmospheric cleaning system, it also releases all of the carbon that was once held in the living trees. This makes the act of deforestation doubly damaging for the atmosphere. As a result, our atmosphere is out of balance to the point that we are seeing entire species of plants and animals die off and entire ecosystems suffocate.

Trees hold a critical role in the Earth’s water cycles. In a way, they work as a filtration system, cleaning the water that falls from the sky and runs into the surrounding soil. They release clean water back into the air so that the entire rainfall cycle can begin again. When trees are removed in massive proportions the cleaning process is gone with them. Water sits stagnant on the Earth and is improperly dispersed back into the atmosphere without first being cleaned.

This disruption doesn’t just result in dirty water, though. The conduit with which water is pulled up from the water tables under the Earth’s surface have been removed, so water is not refilling the atmosphere as efficiently as before. When this happens, entire weather patterns change, precipitation cycles are drastically altered and rivers are cut off from their primary life force.

Tree roots hold a much more important role than just feeding and anchoring a tree: they also help anchor soil. When humans remove trees from the soil we are also removing the soil’s structure. With deforestation, soil begins to erode, causing flooding and landslide issues.

If you think that this is just an issue in remote jungles, take a look at Haiti to see its direct effects. Every time a tropical storm hits the vulnerable island, complete devastation occurs because the deforestation has decimated the structure of the entire Haitian side of the island.

Seventy percent of the Earth’s plants and animals live in forests, but they are losing their homes more quickly than they can find refuge. While many people shrug this fact off as a problem for the jungles, this can have a devastating ripple effect across entire continents.

Scientists call this a domino effect, where one species suffers, all species in the same ecosystem also suffer. If you believe that our own species, homo sapiens, are immune to this effect then you might want to take a refresher course in Biology.

How You Can Help

Though this breakdown on deforestation has certainly got some of us down around here, there are luckily a few things that you can do to help. The steps may be small, but you will be doing your part. If enough of us feel moved enough to do our own parts, perhaps we can make a big difference, together. In fact, reforestation efforts are already under way, all thanks to a group of people, like you and me, that cared enough to impact change.

Deforestation is a serious topic that deserves more attention that the month of April can offer. The best thing to do is start educating yourself, now.  Take it a step further and educate your friends and family so that they, too, can make small changes. They don’t need to become vegan in order to make a difference (though wouldn’t that be nice) but they can start reusing household items rather than purchasing new items every week. 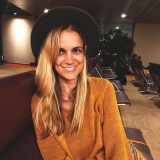 All About Moringa
How to Grow Your Own Moringa Tree

Current Happenings, Lifestyle
10 Ways to Reduce Your Impact on the California Drought