GMOs in Modern Society: How They Can Help and Why We Still Resist Them

As a follow-up to a recent Kuli Kuli post on the pros and cons of labeling GMOs, I bring you the second part of our short series: the societal benefits and issues of GMOs in our society. If you haven’t already read the previous article, I recommend checking it out here!

In order to present the facts in an unbiased way for both sides of the argument, I will be assuming that genetically modified organisms are safe for people to consume. Although this is one of the main arguments on this issue, in order to give the pros and cons of the implementation of GMOs into our society, it must be assumed that they are allowed and approved for health and safety.

The argument of whether or not they belong in our society may be just as important of an issue as health and safety. Even if GMOs are safe to consume, how do we feel as a species about them? What are the benefits or issues concerning GMOs? Who is benefitting from the use of GMOs and who should be benefitting?

Let’s look at another layer of the GMO debate.

By 2050 Earth’s population will be close to 9 billion, and in order to feed every single person, the food supply will have to double. Although there are many viable options for how to increase the food supply, one method would be to grow crops in more areas of the world, even on land that may not currently have the capability. Genetically modifying plants to grow more food, resist pests and disease, and survive on little nutrients would allow crop yields to increase. Growing more food with the assistance of genetic modification could help combat hunger by not only increasing the availability of food, but by decreasing its price. Even when there is enough food available, many people cannot afford to buy it, causing them to go without.

Moreover, the future of our world will see changes in climate which may drastically affect the production of food. Temperatures may rise or drop in different regions across the planet, causing changes in rainfall and the overall climate of some areas. Such climate change will pose a threat to food production. Too much or too little rain and sun has the potential to cause yields or quality of crops to drop. Changes in climate could even create better conditions for weeds and pests in places in ways they have not been a problem before. Genetically modifying plants to resist these changes in climate could protect them and stabilize the food supply for the increasing population.

Finally, foods could be genetically modified with nutrients that populations of people may be lacking such as Golden Rice, which was genetically modified to include a precursor to Vitamin A, a lack of which causes blindness in many people in developing countries. Supplementation of foods could prevent diseases in whole populations of people and overall improve the quality of life for many people.

Although genetic modification of food has the potential to increase food production and make food more accessible to many people, it has not been used in that way. Although a portion of it is used for food aid, most of the genetically modified crops produced in the U.S. are actually used to feed livestock.

Additionally, other countries culturally may not like some aspects of genetically modified foods; Golden Rice is not appealing in some Asian countries because white is seen as pure and a gold-colored rice would not be considered pure.

Whether or not GMOs are safe is a relatively easy question to answer at least when compared to social and ethical issues. Safety and health can be studied and conclusions can be drawn, but how people from different cultures, countries, and socioeconomic backgrounds feel about GMOs and the societal issues surrounding them cannot be so easily quantified. There are many different facets to the debate on whether or not to grow and consume genetically modified organisms, each one just as important as the other. Whatever a person’s stance may be, the one thing that is for sure is that this option will persist and the world will need to consider all sides in order to make an informed decision. 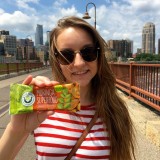 Originally from South Dakota, Katie graduated with a degree in food science from the University of Minnesota in 2015 and since then has started her career in the food industry. As of January 2016 she is now working as a Co-Editor for the Kuli Kuli Blog! Katie is interested in anything that has to do with food: where it comes from, how it’s made, and how its production affects the planet. She believes in a hybrid between the conventional food industry and more organic industry of recent years, and feels strongly on the need to bridge the gap between science and the public through writing. Some of Katie's favorite things include: hiking, Starbucks, and cats.