Why I Quit Running

If you had met me two summers ago, this is what you would have found:

A 23 year old girl who ran 12-15 miles 4-5 times a week. She also danced 2-3 hours a day, waitressed at night and on weekends, smoked half a pack of cigarettes a day, drank a lot of alcohol, and ate mostly crackers and chips.

I was a wreck, to say the least.

Thankfully I grew out of my bad habits and slowly but surely became smarter about my health and fitness.

First, I quit smoking. It’s a disgusting habit that I picked up from an ex-boyfriend. I read the book “Allen Carr’s Easy Way to Stop Smoking“ and quit without a second thought. I recently recommended it to a friend, and he quit as well!

Next, I quit running distance.

This was a huge breakthrough for me. Most of my life, running and dancing were the only forms of fitness that I knew how to do. I believed that dancing gave me strength, and running burned a lot of calories. My typical running path was from Wrigleyville to the end of Navy Pier and back. (If you don’t live in Chicago, that equals about 12 miles.) According to my calculations, I was burning an extra 1,000 calories a day!

But guess what? My weight didn’t change, I didn’t look any better, and I felt exhausted. Why wasn’t running doing anything to make me look or feel better?Because my body had become really good at running!

You see, I was not applying the SAID principle. That stands for Specific Adaptation to Imposed Demand. Basically, it states that when you place the body under a specific form of stress, it will adapt and become better at enduring that stress.

How does this apply to my running?

I was doing a specific workout consistently that placed the same amount of stress on my body. For example, I ran one route (to Navy Pier and back) without ever changing my pace. My body adapted so that it didn’t need to burn 1,000 calories every time. (Otherwise I would have been the size of a twig!)

Let me tell you a story: Last summer, James Lawrence – AKA “The Iron Cowboy” – ran 50 Ironmans, in 50 states, in 50 days. I’m not joking. For those who don’t know, an Ironman consists of a 2.4 mile swim, followed by a 112 mile bike ride, and finished with a marathon. I listened to James interviewed on the Rich Roll Podcast both before and after he accomplished this great feat. I was surprised (but not really) to learn that he actually gained weight at the beginning of his journey. James said he became extremely bloated because his body was trying to hold onto as many calories as possible. Then he dropped about 7 pounds, and maintained this weight throughout the rest of his journey.

Let me say that again: he did NOT continue to lose weight.  Why? Because as hard as those Ironmans were, James’ body became really good at them.

I have nothing against endurance sports or running in general. I think it’s incredible to see what people are capable of, and I admire anyone who wants to challenge their bodies. However, for a weight-loss or a “look better” goal, running is not the answer.

For that, you need a combination of strength and conditioning with variances in the “imposed demand.” However, understanding how to do just that for any specific person is beyond this blog post or really any blog post. Honestly, it’s the reason that I have a job. (But I’m happy to help, just reach out! scarusona@gmail.com)

So why did I quit running?

Because it was not getting me any closer to my goal, and it took a lot of time out of my day.

Now I spend that time studying to become a better coach, making recipe videos, hanging out with friends and family, or writing these blog posts!

Oh, and I quit eating crackers and chips and replaced them with fruits and veggies.

But I still drink alcohol. . .

Just not as much😉

Have more questions on why you should pursue strength over steady state cardio? Feel free to reach out and ask!

And click below for more health and fitness tips plus a FREE no-equipment-needed workout!

fitnesshealthrunningwhy I quit running
by Sarah Carusona
Leave a comment 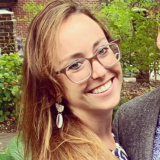 Spending time as a kid chasing my older brothers around our neighborhood gave me a healthy competitive nature and desire to be strong. That disposition transferred into my training and career as a professional dancer. I loved challenging my body to move smarter and be stronger. However, I found that I was unsatisfied using my knowledge of the body to simply further my own success. As I began training others and seeing the impact it could have, I decided that this was the path for me. Teaching someone how to use their strength, increase their mobility, and make healthy choices is my passion. It is a great joy to see someone transform both their body and mindset towards health and fitness. My goal is to have you stand strong and be proud of your accomplishments!

All About Moringa, Nutrition
Superfood Snacks: How Moringa Can Energize Your Day